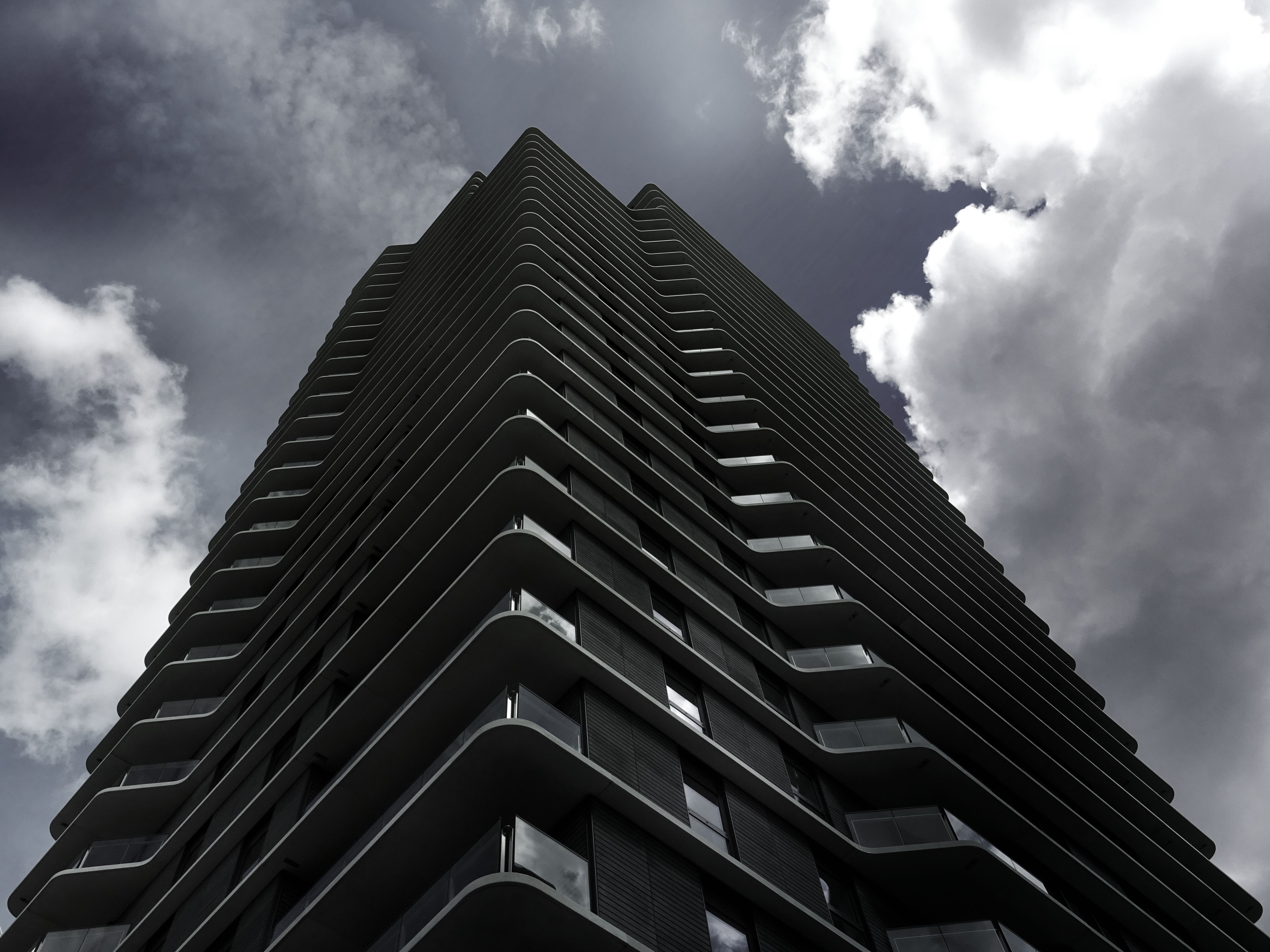 The 15th-century Florentine genius we borrow to this day

If you ask any seasoned traveler to name the most beautiful place they have ever visited, they will surely include the Italian city of Florence at the top of their list. Florence is one of the most desirable tourist destinations in the world. The city, like most of Italy, is a true living museum of culture, art, architecture, cuisine and style. Strolling through the streets, bridges, churches and museums of this resplendent city is one of life’s great pleasures.

Viewed from the Tuscan hills surrounding Florence, the ancient city hugs the banks of the Arno River, and the old town’s endless blanket of rooftops seems to flow like a single undulating layer of colored matting. Strikingly, the horizontal center of the city is amazingly pierced by the lofty dome of the Basilica of Santa Maria del Fiore. The dome dominates the surrounding labyrinth of streets lined with shops, churches, homes, and public places. He is one of the most famous faces in the world.

The construction of the dome was one of the great architectural, mathematical and engineering achievements of the Middle Ages. Techniques perfected to achieve the perfect symmetry of the dome of the Basilica are the foundation of modern construction engineering. We owe a lot to the design entrepreneur who gave the Florentines and us the famous dome.

Filippo Brunelleschi was initially a master goldsmith. How he developed the unique architectural skills for which he is most famous remains a mystery. He was revered in the Florentine region for his metalwork, sculpture, and reliefs. He had also built several mechanical clocks, one of which was said to include an alarm.

The nave and sacristy of the Basilica Santa Maria di Fiore had been completed for years. However, the center of the building was empty, essentially a donut hole. The plan was always to cover the space with a raised dome. Mass construction was not unknown in the Middle Ages. The ancient Romans had created the Forum, the Pantheon, and the Colosseum among many examples of large-scale buildings. The knowledge and technical skills that the Romans had perfected 15 centuries earlier had somehow been lost when the Great Plague and the Dark Ages descended on the developed world.

Brunelleschi and his close friend, the great artist Donatello, traveled to Rome and studied the many ancient ruins and buildings built when the Empire was at its height. Upon his return to Florence in 1418, he learned that a contest was underway to award the inventor of a novel mechanical hoist a large cash prize. The hoist would be used to complete the dome of the basilica by speeding up the lifting of a large tonnage of building materials to heights of hundreds of feet.

Brunelleschi submitted a detailed drawing of his lifting machine. His work building mechanical watches had immersed him in the study of gears and bearings. The mechanical hoist that the inventor had designed was powered by two oxen. Ingeniously, Brunelleschi had invented a reversible gear so the oxen could keep walking in the same direction, and a simple lever gear could be engaged to raise or lower the hoist. This made it possible to reload the transport platform, raise it and lower it in about 10 minutes. He won the prize and the commission to build the elevator that would be essential to complete the dome of the basilica.

The mystery of how to support the great weight of the dome, especially at such a great height, remained to be solved. Brunelleschi’s ingenious solution did not require any formwork construction, buttresses or supporting walls. He used a herringbone pattern to lay stone, thus dispersing pressure and lessening the weight that the lower levels of the building would have to support. Furthermore, instead of supporting the dome’s curvature with an internal skeleton and hidden barrier wall, he created a ring girdle to support the construction with much less weight. The result is the lofty open dome that from inside the basilica seems to rise like a majestic gateway to heaven.

In 1423, the eminences of Florence organized another competition to encourage the invention of a lateral mechanical hoist. This device was considered essential to completing the work on the dome, as once the building materials had been raised to the tall work platforms, they needed to be unloaded and moved to specific work areas. Brunelleschi submitted the winning design for a device that was called a “castello”. This invention included an ingenious series of gears and rails and is considered the progenitor of the modern “tower crane” used in skyscraper construction today.

Brunelleschi’s inventions are estimated to have handled the movement of 70 million pounds of building materials in the creation of the dome of Basilica Santa Maria di Fiore in the 15th century. The lost Roman tradition of building on the largest of scales was rediscovered by this son of Florence. Modern commercial and construction projects have benefited in other ways from the management skills honed by Filippo Brunelleschi.

For example, Brunelleschi was the first architect known to accurately draw the details of his project specifications to scale. He was the uncrowned father of the plane. Before the use of precisely drawn plans, construction was done using sight lines, plumb lines and stakes.

Brunelleschi was also the first documented project manager to write specific business plans detailing the assumptions on which he based his budgets. Today, no serious manager would start or expand a business without drawing up a detailed plan to use as a road map.

Filippo Brunelleschi filed the first known patent for his mechanical hoist. He intended to protect his invention and fully intended to enjoy the maximum commercial benefits of its implementation and use by others. This man was the model for the modern inventor.

Brunelleschi is credited with many other inventions. He created the artistic concept of linear perspective. His military fortifications and shipbuilding improvements were considered unique. The world he left behind after his death in 1446 was a much more progressive and beautiful place thanks to the contributions of this self-made genius.

Entrepreneurs, inventors, entrepreneurs and artists can learn a lot from the life and work of Filippo Brunelleschi. His curiosity led him to Rome and the study of ancient and lost building techniques. The ability to apply advanced mathematical, engineering, and architectural techniques to seemingly intractable building problems has endowed the world with Florence’s crowning glory, the Dome of the Basilica Santa Maria di Fiore. Modern management tools such as protecting intellectual property by applying for patent protection and writing personalized business plans were pioneered by this great Florentine and are used to this day. The perfection of engineering plans through the use of layouts and plans allowed builders to project, budget and design more advanced complex constructions.

We tend to think that modern ideas are always the most advanced. Studying history often reveals that there really isn’t much that is truly new, just refined and improved at the margins. Large construction projects are carried out in modern times. However, a visit to Florence and a study of the great buildings of the Renaissance proves that the great vision and craftsmanship of the past hold up well to anything modern man can build, even allowing for the great technological advances we enjoy today. Men like Filippo Brunelleschi were the visionaries of his time and I think he would be at the forefront of creativity if he were alive and working today. 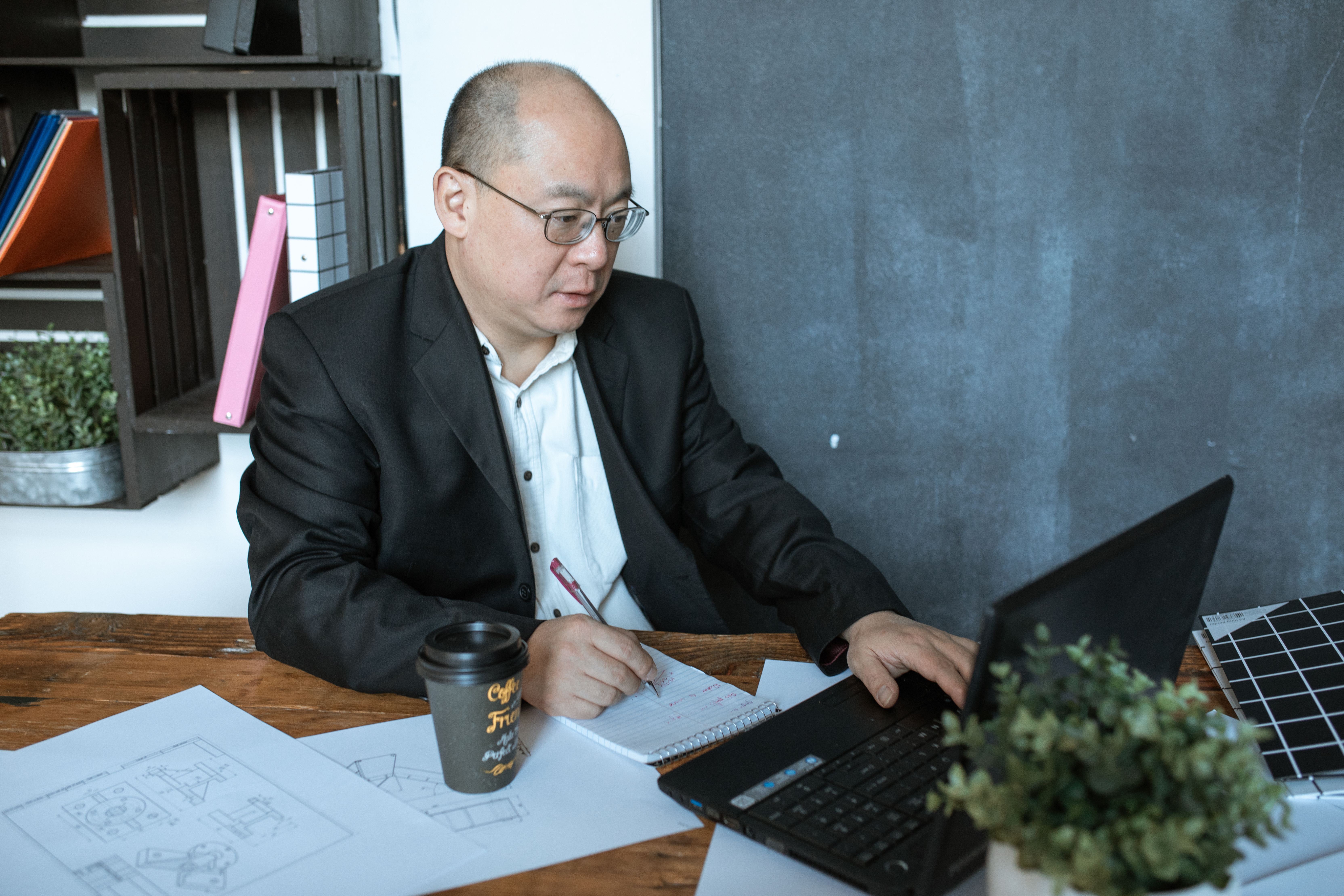 How to determine the cost of the roof of your house

There are many factors to consider when determining the cost of a roof for your home. You can try seeking the help of roofing professionals to get an estimate of how much you could spend or if you know most... 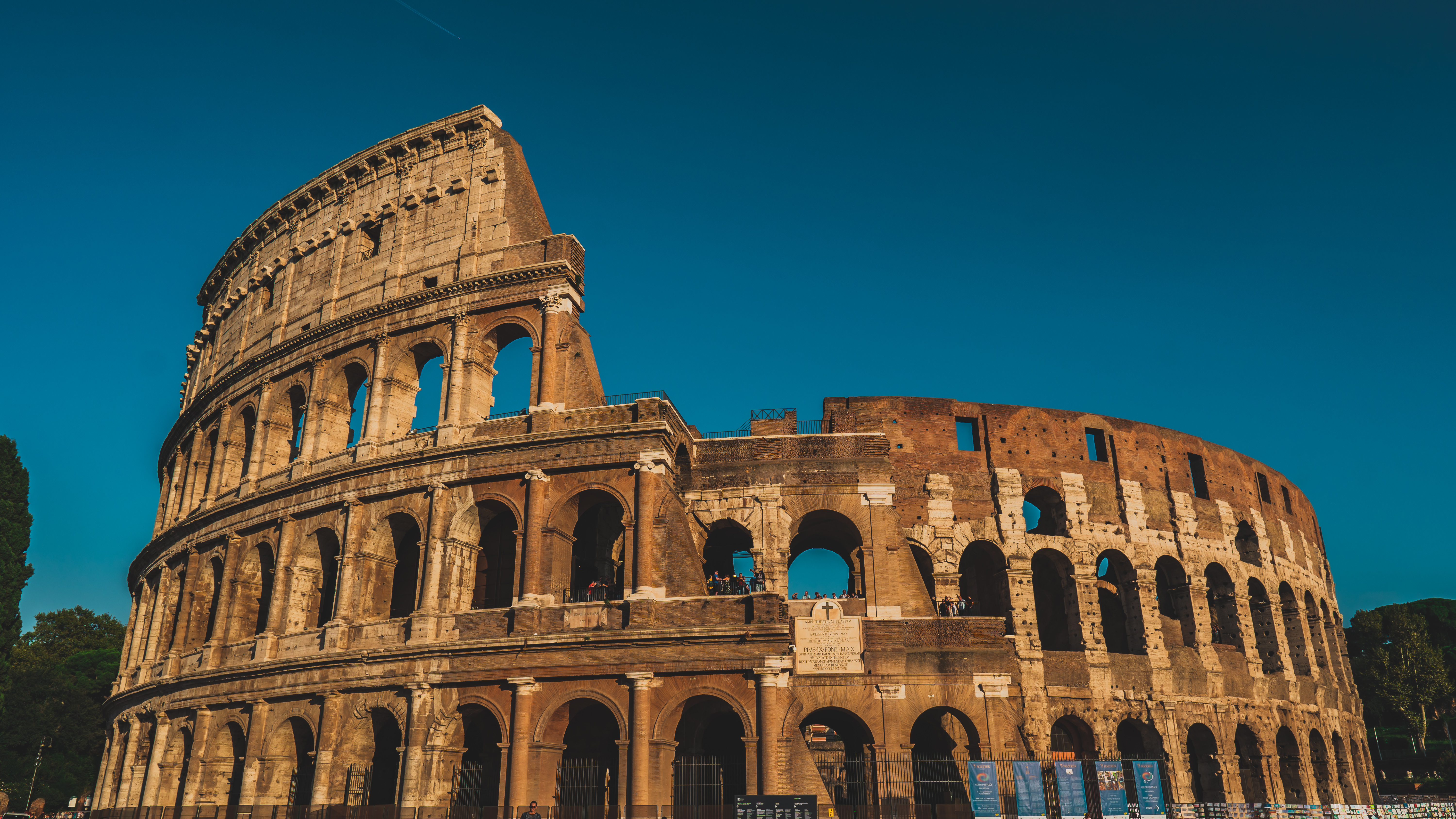 How to carry out an external BPO

Tips and Tricks for Photography and Outdoor BPO1. Order of operationsIn general, you should complete the Exterior Broker Price Opinion portion of the report after taking pictures of the home. Implementing this method will result in a more accurate current... 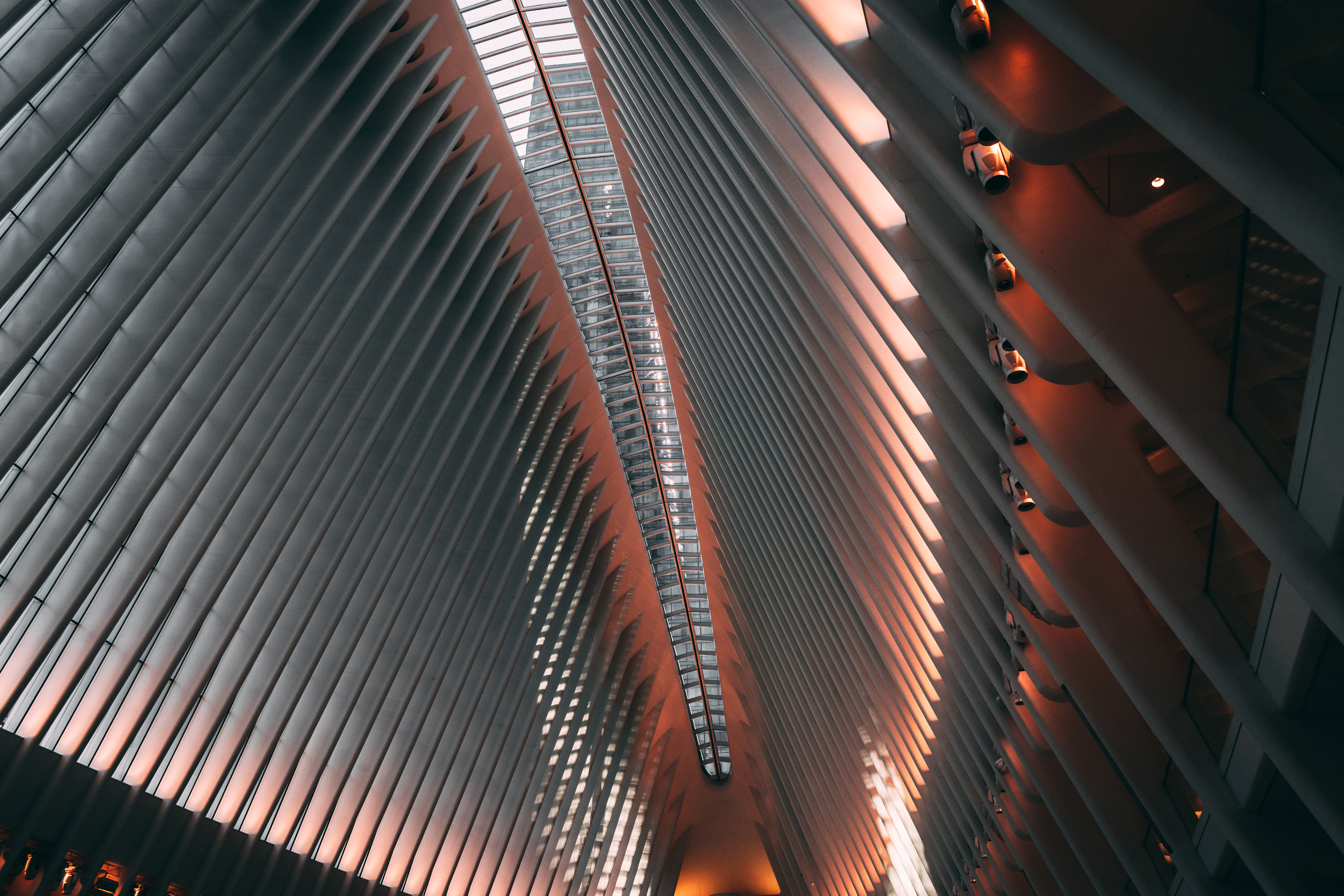 How did thousands of our clients sell their homes without agents?

In the past, due to a lack of knowledge about the home selling process, selling a home used to be a stressful task. The decision to sell a home can be a roller coaster ride for beginners and if you...