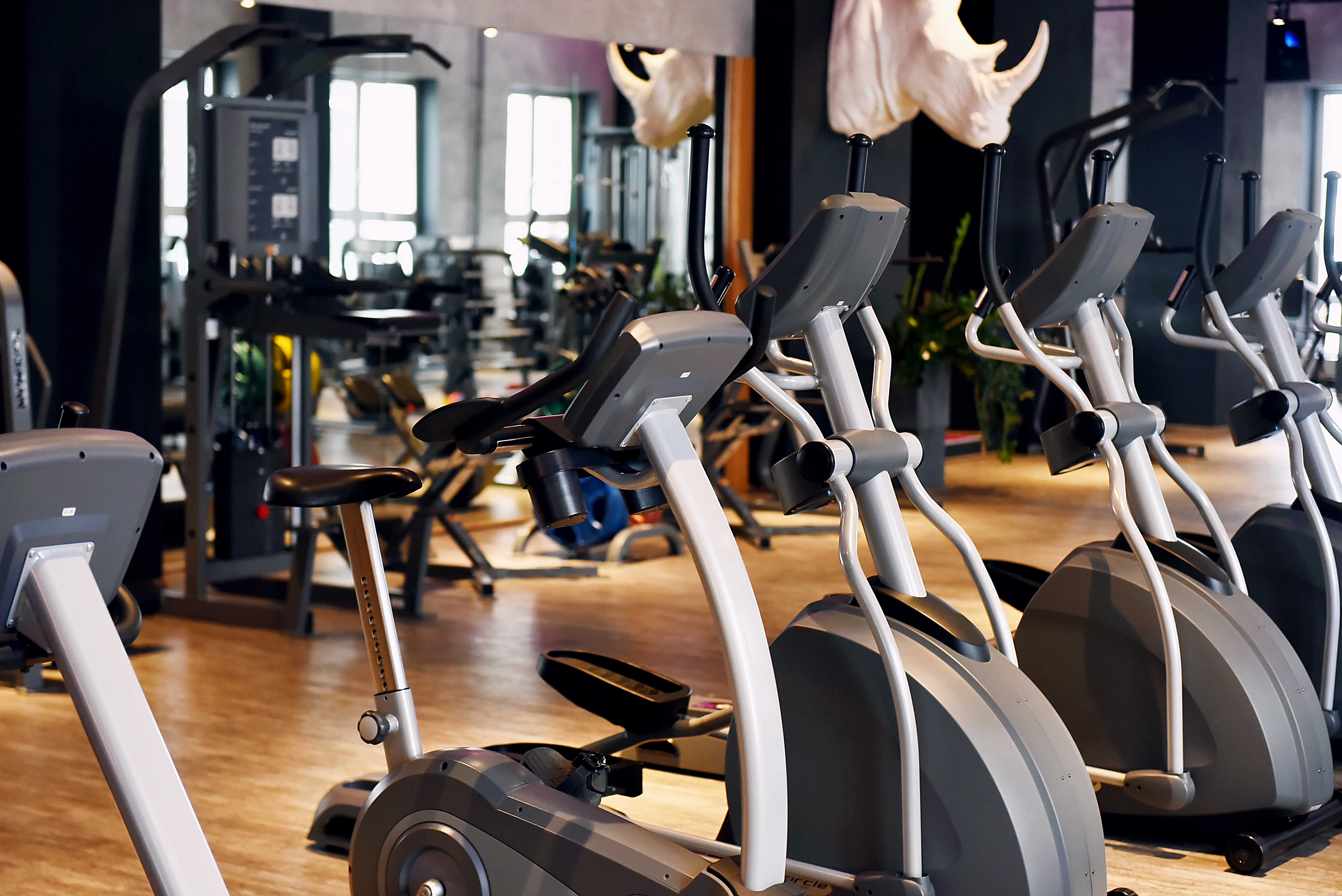 Napoleon Hill was 50 years ahead of his time. Everything he wrote was based on research. Andrew Carnegie pushed him to a greater challenge to study success and failure. The world-renowned book Think and Grow Rich was one of the results. Understanding the true form, Napoleon also wrote Outwitting the Devil. This book was never published because it was so controversial. He remembers that this was written in the early 1930s. The ideas in the book are thought-provoking and eerily terrifying. This book is a wake up call for anyone who reads it. I ask you to keep an open mind and put your personal religious beliefs on the shelf. Apologies, because I am going to break the cardinal rule. This summary is going to be longer than normal due to the illuminating material in the book. With that said, enjoy!

Why is this important to me?

Think about life for a moment. For every action, there is an equal and opposite reaction. This law was discovered by Sir Isaac Newton. The law runs deep and exists on all levels: right and wrong, good and bad, rich and poor, hardworking and lazy, honest and dishonest. Life is a balance.

According to Napoleon Hill, “After 30 years of diligent snooping, he found the Devil and wrung an amazing confession from him that reveals where he lives, why he exists, and how he gains control over people’s minds, and how anyone can outsmart him.” The book is a generous course in psychology, clarifying the working principles of the human mind.”

To understand true success, you have to understand failure. Andrew Carnegie pushed Napoleon Hill to study both. As the great billionaire investor Charlie Munger says: invest, invest and invest. We need to understand both sides of any issue to have true enlightenment. Also remember that this was a 20 year effort for Napoleon without pay.

Napoleon interviews the Devil in full dialogue. The Devil says that he exists as the “negative part of the atom”. This means that he has to exist and is part of the human condition. Regardless of the religious connotations here, one thing is for sure: with success comes failure, and success with failure. Understanding that positive and negative exist in all facets of life is empowering once you free your mind of limitation and accept it as part of the ground rules for living. Being aware of this fact is the first step in mastering it. In rudimentary terms, you can’t play soccer with a hockey stick. You have to understand the basic rules.

The Devil reveals that he controls negative thinking while GOD controls positive thinking. In his own words: “One of my smartest mind control devices is fear, fear of poverty, criticism, ill health, loss of love, old age and death.” Remember: this book was written in the early 1930s. Do any of these fears sound familiar to you? These fears fall directly into Maslow’s hierarchy of needs which are; physiological, safety, love/belonging, Esteem and Self-actualization. The devil’s fears hammer right into the foundation of these needs.

Devil – “My greatest weapon over human beings by which I gain control of their minds, is the habit of drifting.” A vagabond is one who allows himself to be influenced and controlled by circumstances outside of his own mind. The biggest defense against this is thinking for oneself and free will. Free will is the greatest paradox of the human condition because you can focus on the negative and the positive.

An example of drifting behavior is drinking an extra soft drink every day for three years. You wake up 3 years later and you’ve gained 30 pounds. Almost overnight you are overweight. The mind is the sum total of one’s clothing. As you know, habits work on autopilot regardless of whether they are good or bad.

The biggest trick the devil plays is convincing people not to go out. The smart move here is that school teachers, religious leaders, and parents use fear as a tool to educate about the devil. The problem is that this inhibits accurate thinking. The devil uses this to his advantage because fear is what paralyzes people into the habit of drifting. The greatest of all fears implanted in children is the fear of “hell”.

To paraphrase the Devil, “I make people let me think for them because they are too lazy and indifferent to think for themselves.” “Laziness + Indifference = Procrastination = Adrift”

I realize this is pretty deep stuff, but if you look around (Aug 2011) and see what’s happening in the US and Europe, you see laziness at work. The entitlement mentality is slowly destroying these countries. The debt burden cannot be paid and the spenders are paying and punishing future generations. These things cause the war, famine, and deepest fears described in this book.

The good news is that there is a recipe to avoid all this. The seven principles I will include here in summary only because they are all described in Napoleon’s other works such as The Laws of Success, Think and Grow Rich, and The Master Key to Wealth.

This book is a must read and will open your eyes. The key is to control your thoughts and your habits. Be aware of what is happening and stop sleepwalking through life. It’s nice to celebrate like Homer Simpson once in a while, but if you make it a habit, life falls apart.

I hope you have found this summary useful. The key to any new idea is to work it into your daily routine until it becomes a habit. Habits are formed in as little as 21 days. One thing you can take away from this book is an understanding of Yin and Yang. Remember that there is a balance in life and once you are aware of it, you can control your reactions to anything.

Previous Post
A New Land, Eckhart Tolle and Oprah Discuss Being vs. Striving: Overcoming the False Sense of Self
Next Post
Financial Security through Structured Settlements 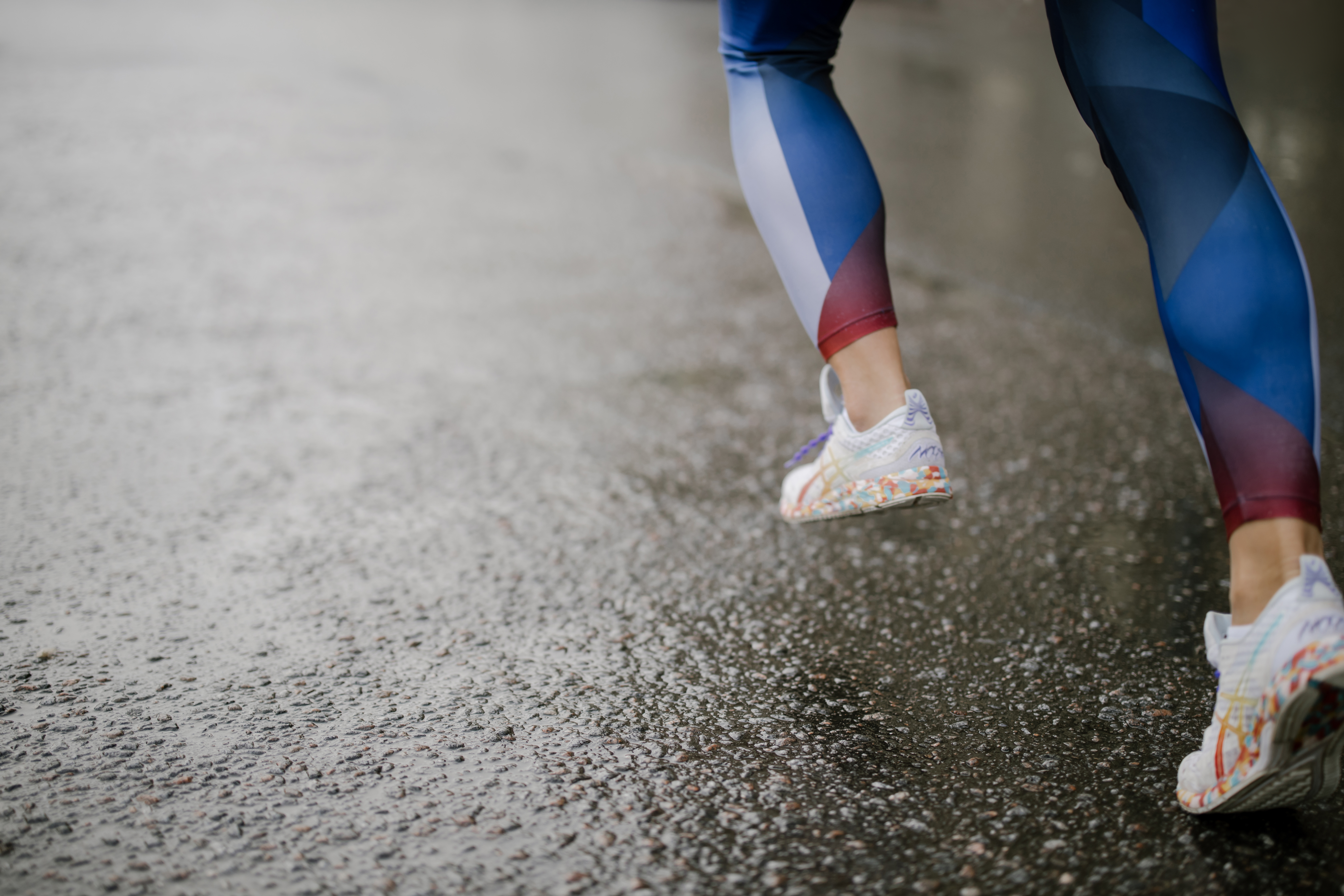 3 delicious desserts you can make with your slow cooker

There is nothing like enjoying a delicious and sweet delicacy after a long day. But if you're feeling guilty about stopping for a slice of cake or buying a full pack of chocolates, why not make your own? By using... 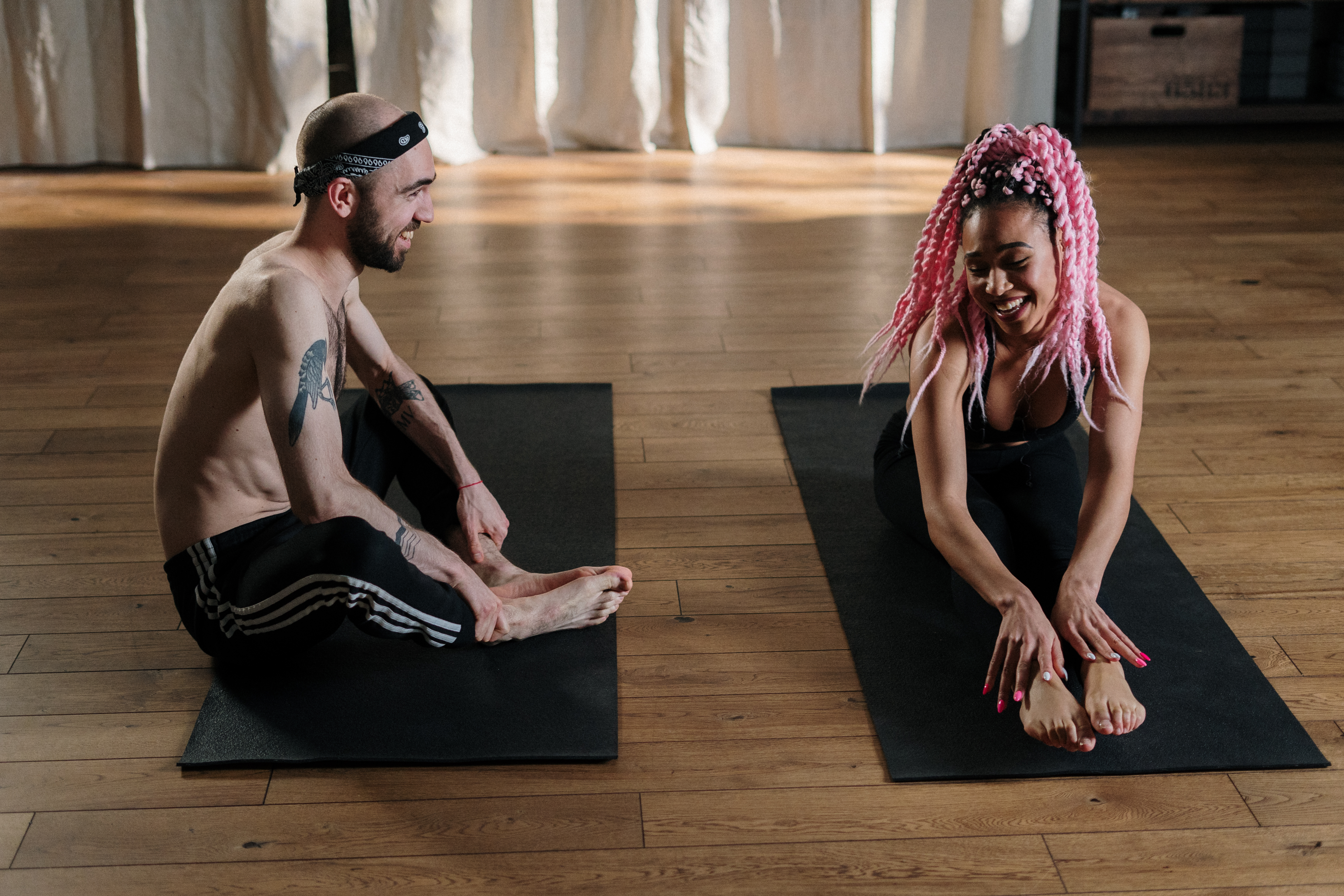 In recent years, elliptical trainers have taken the fitness industry by storm. What was once a fad relegated to late-night infomercials is now perhaps the most dominant piece of equipment in most gyms and personal training centers.Let's start the guide... 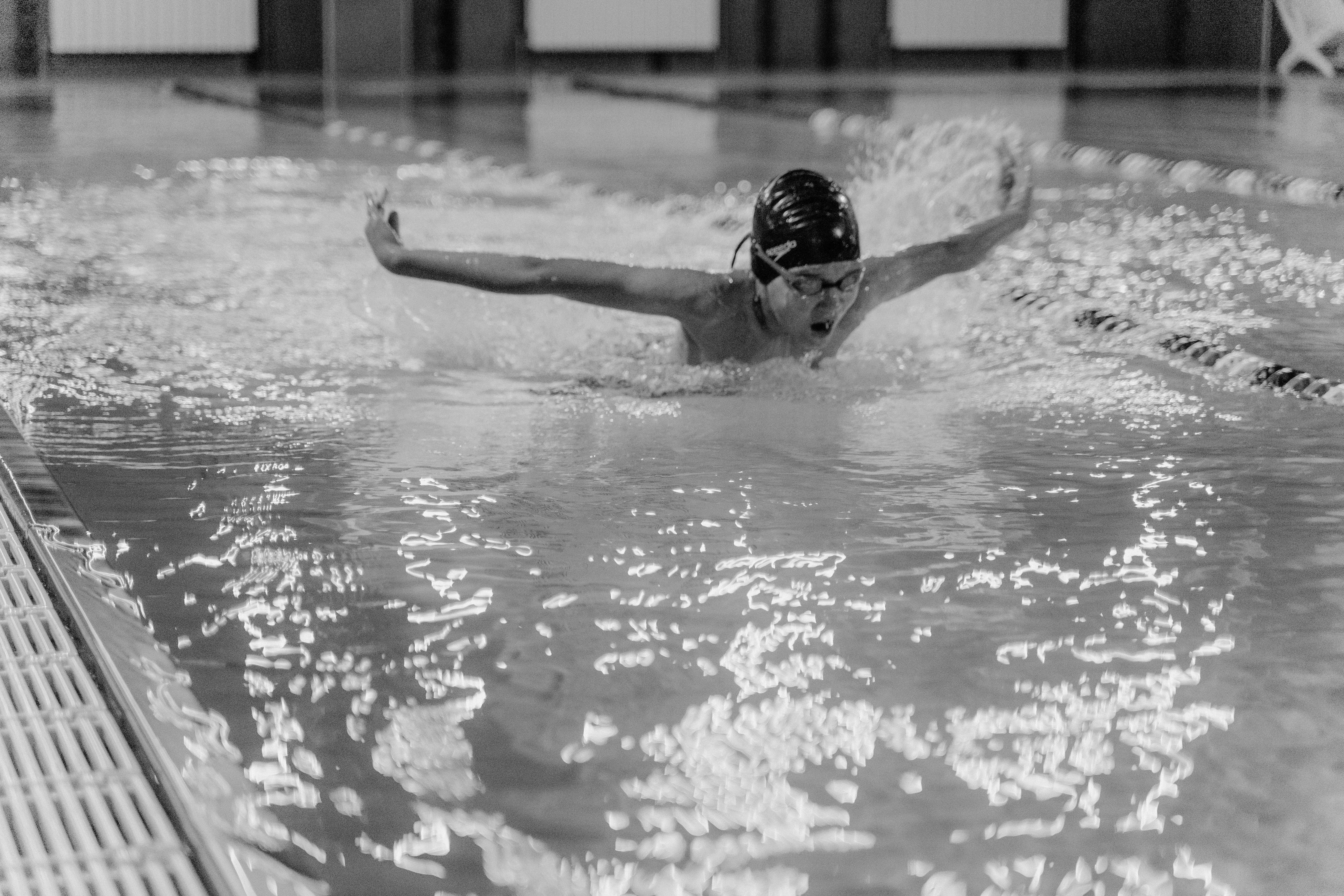 Gastric bypass surgery is just the first step that many morbidly obese patients take in their total body transformation. A residue of massive weight loss is the dreaded "bat wings." You know what I'm talking about, that upper arm skin...